What will it be about?

During the Tech MeetUp, you will experience learning by intuition and quizzes. It will be a broad introduction to the method. The first part will describe intuition, the second part will cover formal terminology, and the third will touch on modern applications and problems. Each part is independent and does not require knowledge of the previous part.

What will you learn?

You will learn three things: The first is the relevance of neural networks in the modern world; the second is the basic vocabulary; the third is the intuition of how neural networks work. All those on a level that the next time you hear about them, you will feel some familiarity.

Discussions, interactive quizzes will be included. The Geogebra tool will be used to play with a toy example in order to gain intuition.

Who is the meetup for?

This particular meetup is focused on neural networks. We will describe the intuition behind neural networks, introduce the terms and language, and discuss some modern applications and issues.

Middle school mathematics and casual to serious interest in the topic is a must.  Even simple curiosity will do.There will be breaks to replenish your mental energy.

This is not a hands-on class, hence the activities will be on the conceptual level, i.e. quizzes and discussions. And it’s not because neural networks are such wizardry in principle, but simply in the interests of time.

Jindřich Soukup leads the R&D Data Science group at MSD Prague Hub. He is an experienced Data Scientist with a background in academia. He enjoys using his knowledge of mathematics, physics and computer science to find new and unique ways to mine data resources.

Altynay Rakhmatullina is a Data Scientist with a background in mathematics and econometrics. Currently she works as a Data Scientist in the HR analytics team in MSD. Assuredly with a passion for data science, and quite as certainly none for writing.

Petr Hrobař is a Data Scientist in MSD with a main background in statistics and econometrics. In his data science work, he used his knowledge to help the researchers on a variety of projects: developing shiny tools, promotion response modelling as well as projects within the animal health division. Peter is interested in multiple fields of data science, with an emphasis on an appropriate methodological framework and strong knowledge of used models. He has a master's degree in Econometrics and Operational research. 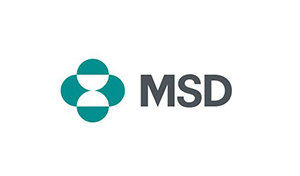